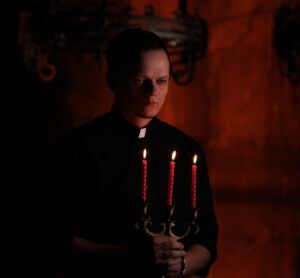 Time and time again, we see the same pattern emerge. People who find themselves in positions of power and influence take advantage of innocent people. There is perhaps no clearer example of this than members of the clergy who abuse members of their congregations in Los Angeles. These clergy members often abuse young children. This abuse can affect individuals for the rest of their lives, and often there is no way to fully recover from this trauma. It goes without saying that these clergy members should be held accountable for their misconduct in a court of law.

The best way to pursue justice in this situation is to file a lawsuit against the guilty parties. You can do this by teaming up with an experienced attorney in Los Angeles who has dealt with these cases in the past. Our legal professionals are committed to helping victims of abuse, and we can fight for your rights in court. With our help, you can pursue not only justice, but also a significant settlement that will cover your damages.

What Kind of Damages Can I Claim in a Clergy Abuse Lawsuit in a Los Angeles Court?

A clergy abuse lawsuit may involve a range of damages. Victims may suffer from physical injuries. For example, individuals may have been beaten. If the abuse was sexual in nature, other injuries may have occurred, such as being infected with sexually-transmitted diseases.

With all that said, a significant portion of damages claimed in a clergy abuse lawsuit are non-economic in nature. This means that they are not associated with physical injuries, but rather mental or emotional strife. “Pain and suffering” is a common example of a non-economic damage, and this is a general term that refers to all of the hardship you had to endure as a result of the injury. PTSD is another example of non-economic damages.

It is also important to remember that emotional and mental issues can result in financial losses. You may have been forced to get help from a psychiatrist, a psychologist, or some other type of mental health professional. This type of care can be costly, and it may be necessary for you to see these professionals for the rest of your life as a result of your abuse. In addition, you may be forced to take certain medications to stabilize your mental state. In some cases, you can claim that your abuse led to substance abuse, which may have required additional psychiatric treatment. The possibilities for non-economic damages after abuse by a clergy member are extensive.

The Statute of Limitations for Clergy Abuse Cases in Los Angeles

Under normal circumstances, you are only allowed to file a personal injury claim within a few years of the incident. This is because of something called the “statute of limitations.” In California, an injury victim might have only a few years to file a claim after being injured in a car accident, for example.

However, the rules are different if you have been abused by a clergy member. The courts in California recognize that this abuse may have occurred in early childhood, and you may have waited for many years before coming forward with your claims. This may have been due to shame, fear, or simply repressed memories.

As a result, the statute of limitations is extended significantly when it comes to abuse lawsuits against clergy members. These altered laws are generally referred to as retroactive “look back” windows. If you want to know whether you are entitled to sue a member of the clergy, it is best to speak with an experienced attorney. We can assess your unique situation and explain your legal options. 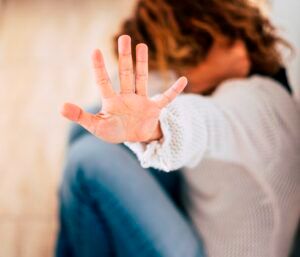 California has a long history of clergy abuse lawsuits, unfortunately. However, the history of these lawsuits does provide some encouragement, as it proves that victims can take effective legal action against their abusers and win large settlements in court. Indeed, the largest clergy abuse settlement in the history of the United States was won in California. This was paid by the Archdiocese of Los Angeles in 2007, and the settlement amount was $660 million. This sum was paid out to 508 victims of clergy abuse, with each victim receiving about $1.3 million.

In 2019, it was reported that the Catholic Church as a whole was facing a new wave of lawsuits that could potentially cost more than $4 billion. Make no mistake, victims are still coming forward, and the true extent of abuse within the Catholic Church has yet to be fully realized.

In 2021, it was reported that 600 new sex abuse lawsuits were expected to be filed against various dioceses in Northern California. This was largely in part due to a recent law in California known as Assembly Bill 218, which gives abuse victims three years to file lawsuits that were previously barred by the statute of limitations. This is the second time a “look back” window has been opened in California, and a similar law was enacted back in 2003. One of the priests accused in these new lawsuits was Stephen Kielse, who allegedly abused dozens of children throughout his career.

Time is Limited – While California’s Assembly Bill 218 allows abuse victims to ignore the statute of limitations, your time is still limited. This window expires in a relatively short period of time. In August of 2021, it was reported that just 18 months remained before the statute of limitation goes back into effect. If you want to file a lawsuit, your best bet is to get in touch with a qualified attorney as soon as possible.

If you have been searching the Los Angeles area for a qualified, experienced attorney who can help you with your clergy abuse lawsuit, look no further than Mary Alexander & Associates. We have helped numerous abuse victims in the Los Angeles area pursue justice. We are passionate about fighting for the rights of victims, and we can assist you as you strive toward a fair settlement.

We understand that these lawsuits can be stressful and traumatizing. It can be uncomfortable to talk about some of these experiences. However, you should remember that you are making Los Angeles a safer place for everyone when you file lawsuits against abusive clergy members. Speaking up takes enormous courage, and we are here to assist you every step of the way. You may find that winning a lawsuit provides you with a sense of closure. Book your consultation today, and we can develop an effective action plan together.