Posted In: No Home | Uncategorized 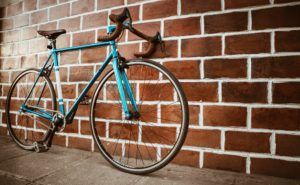 With Bay Area streets becoming increasingly full of vehicle traffic of all sizes, more and more area residents are using bicycles to get wherever they need to go. As a mode of transportation, bicycles are often more efficient for navigating famously snarled Bay Area traffic, as well as being undeniably better for the environment because they use no gasoline or electricity to operate and produce exponentially less pollution. In addition to practical and environmental considerations, bicycles also have the added benefit of helping riders get more exercise into otherwise packed daily schedules.

In peak months, the San Francisco Municipal Transportation Agency (SFMTA), estimated that nearly 20,000 area residents were riding bicycles on local streets. Even while San Francisco is consistently named as one of the most bike-friendly cities in the country, the unfortunate byproduct of all those people riding their bicycles around town is a rising number of accidents involving cyclists. Because cyclists have nowhere near the amount of protection in the event of an accident that drivers in vehicles do, it is typically the cyclist and not the vehicle driver who ends up seriously injured. Fractured bones, head trauma and spinal cord injuries are not uncommon in bicycle accidents. These types of injuries often require very expensive medical care and extensive recovery time to deal with, often disrupting a person’s life and work in the process. Bicycle accidents typically have a variety of causes including bad road conditions and often, unfortunately, the neglect or inattention of drivers in bigger, more protected vehicles.

In the Bay Area, as in most densely populated metro areas around the nation, roads in need of repair as well as road construction and maintenance are a fact of life. Bad roads with potholes and terrible sight lines are dangerous for everyone, but especially for bicycle riders who have substantially less protection than a driver in a larger car or truck. Poor road conditions such as holes in the road, bad weather and poor sight lines also make it more difficult for cyclists to pay attention to their surroundings and keep themselves out of harm’s way.

Construction equipment and the traffic snarls around construction sites also pose a danger to bicycle riders, often throwing them directly into closer proximity with motor vehicles and their drivers who increasingly feel that the road is for their sole use, which is absolutely not the case. Since it is now illegal for bicycle riders over the age of 13 to ride their bicycles on San Francisco sidewalks, cyclists are required to ride on roads right alongside motor vehicles. Dedicated bicycle lanes are becoming a more regular feature on the roads in many parts of the city, but they are still not in place everywhere which means car and truck drivers must share the roads.

Beyond road conditions, car and truck drivers are by far the bigger danger to bicycle riders, however. Drivers in motor vehicles are not always paying appropriate attention to their surroundings and too often miss a cyclist in coming up beside, behind, or even in front of them. Incidents such as a parked car throwing open its door and causing an accident with a passing bicycle rider are so common that a nickname was developed for them: getting doored.

By some estimates, as much as eight percent of all car vs. bicycle accidents involve a motorist suddenly throwing open their car door in front of a cyclist approaching on the driver’s side and the cyclist not being able to stop quickly enough to avoid a collision. A motor vehicle driver may have checked to make sure no other cars were coming, but failed to spot a smaller, slower bicycle rider. While getting doored may not sound dangerous to some, bicycle riders can, and often do, sustain serious injuries from these types of accidents. Visits to the hospital are not uncommon after getting doored and recovering from any resulting injuries can take time and money.

While getting doored is a common type of bicycle accident, cyclists in accidents are far more frequently victims of head-on collisions with cars and trucks on roads and city streets. Bicycle riders often ride facing on-coming traffic thinking this may help improve their visibility, but these types of face-to-face accidents actually account for an estimated twenty-five percent of all bicycle accidents every year. For safety reasons, cyclists should never ride facing on-coming traffic. Common bicycle-related accidents also include being rear-ended or sideswiped by motor vehicles.

In terms of percentages, accidents involving being rear-ended or “overtaken” by a motor vehicle driver while on a bicycle account for less than two percent of bicycle accidents yearly, though accidents of this nature account for an estimated fifty percent or more of serious or fatal injuries to cyclists.  Vehicle drivers side-swiping bicycle riders or running into them while turning either left or right also make up just a small fraction of bicycle accidents every year, but are also just as serious. Again, a bicycle rider typically only has a helmet as any sort of protection against a car or truck on the road, so whether a rider is side-swiped or rear-ended by a motor vehicle, it is nearly always the cyclist who leaves the accident with the most serious injuries and damage.

If you have been injured in a bicycle riding accident involving a motor vehicle, and have been left to deal with a serious injury as a result, an experienced personal injury attorney may be able to help. So few motor vehicle drivers, and even enthusiastic bicycle riders, really know and understand the laws that require cars and trucks to share the road with bicycle riders, but a good attorney can help. Understanding how the law protects cyclists is the key to helping you get the support you need to cover costly medical expenses and the subsequent recovery time that is often required after a serious accident. Mary Alexander & Associates is an experienced and reliable Bay Area-based personal injury firm that has the skills and the knowledge to help you find the compensation you deserve and get back on your feet if you have been involved in a bicycle accident.