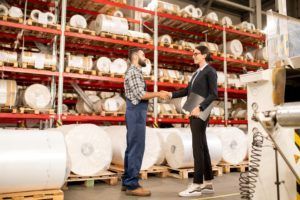 The pandemic has had a massive effect on virtually every aspect of our lives, and it now seems as though we can add something new to the list — online shopping. Yes, the pandemic sparked a meteoric rise in e-commerce sales around the world. But that is only half the story. As people started to rely almost exclusively on sites like Amazon for their products, they also encountered many of the issues associated with online shopping. For many years now, it has been very difficult to hold companies like Amazon liable for defective, dangerous products.

This is occurring not a moment too soon, either. Statistics show that liability claims against e-commerce platforms have risen sharply since 2019. Obviously, people are becoming injured due to products sold on these platforms. Faced with enormous pressure, courts around the nation are beginning to reverse their earlier stances. While they previously did not hesitate to offer Amazon all the legal protection it needed in the fight against these lawsuits, courts are now beginning to side with the people.

If you are thinking about filing a product liability lawsuit, it is always a good idea to get help from a qualified, experienced personal injury attorney. When you work with one of these experts, your chances of success rise dramatically. These legal professionals are well aware of recent rulings in California, and they can help you seek damages for your injuries – even if you purchased your products online from an e-commerce platform. For best results, team up with a law firm that specializes in product liability lawsuits, such as Mary Alexander & Associates.

A New Ruling Changes Everything

The ruling that seems to have changed the course of this prolonged legal conundrum occurred recently in 2021. The case involves an incident back in 2015 involving a hoverboard. A mother purchased this hoverboard for her son, who used it without issue for about a month. However, it then exploded when its lithium-ion battery malfunctioned, setting the boy’s bed on fire. The mother rushed in and suffered burns while fighting the fire. She decided to sue Amazon for selling her a defective product.

At first, it seemed as though this lawsuit would be identical to the countless others that were filed against Amazon previously. The tech giant predictably denied liability, arguing that the manufacturer, shipper, and seller of the product was based in China. Amazon merely provided the platform – nothing else. In every other scenario prior to this, this argument would have been enough to shield Amazon from liability.

But this time, it was different. In 2021, California’s Second Appellate District Court rejected Amazon’s claims, stating that they were indeed liable for the woman’s damages. The court argued that since Amazon was an integral part of the supply chain, they were partly responsible for providing the defective product.

This is now the second example of Amazon losing in court. An earlier situation saw Amazon shoulder liability for an exploding laptop battery. However, in this particular case, Amazon had personally shipped the laptop through its FBA service (Fulfilled by Amazon). The hoverboard case is unique because it shows that Amazon can be held liable even if they did not ship or store the defective product.

What Does This Mean for Amazon?

What kind of impact might these cases have on Amazon in the future? It is clear that their longstanding shield from liability is starting to break down. These two cases might be the beginning of a new body of case law in the entire nation, and Amazon might soon be forced to assume responsibility for the safety of all its products. Many critics of Amazon have been highlighting this very issue for years. These critics would probably say that this day has been a long time coming.

Amazon might not be the only tech giant to lose its liability shield. Other e-commerce platforms may now be subject to similar standards. For example, Etsy and eBay may now have to think carefully about the kinds of products it promotes and sells.

Amazon Has Plenty of Cash to Spend in Court 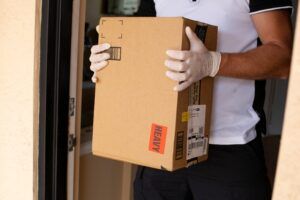 With all that said, it is worth pointing out that Amazon still has an insane amount of cash to spend in court. They are more than willing to take these matters to the supreme court, even while their court losses pile up. They will likely continue to argue that they are “just like a neighborhood shopping mall,” even if this is obviously untrue. This is a company that made over $108 billion in the first quarter of 2021 alone. It is clear that this tech giant is not done fighting in court just yet.

With this exciting news, it may be easier than ever before to file a product liability lawsuit, regardless of whether you purchased your product online or in person. The fact that Amazon has gone so long without experiencing any legal consequences for defective products is astounding. Hopefully, new developments in California courts will ensure that innocent victims will finally have the chance to get the compensation they deserve.

Having the opportunity to file a personal injury lawsuit is not the same as actually winning one. Even though new court rulings might give you the chance to sue e-commerce platforms like Amazon, you still need the assistance of a dependable, skilled lawyer if you want any chance of success.

If you have been searching for a qualified, experienced personal injury attorney who can assist you with this matter, look no further than Mary Alexander & Associates. We have considerable experience with a wide range of product liability lawsuits, and we can help you pursue a favorable legal outcome in an effective manner. Reach out today, book your consultation, and take your first steps toward justice.