Oakland’s Accident Rates are Getting Out of Control 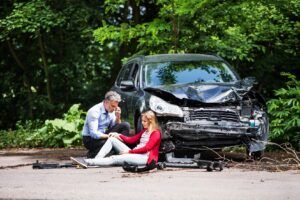 When you drive down the street in Oakland, the expectation is that you will reach your destination in one piece. Unfortunately, this is becoming an increasingly unlikely outcome for innocent motorists in the area. A combination of factors are making these streets incredibly unsafe, whether you are behind the wheel, riding a bicycle, or walking along the sidewalk. More needs to be done to promote traffic safety in Oakland, but judging by recent events, things are worsening by the day. If local authorities are making efforts to address this situation, their strategies are proving to be ineffective. But what can you do if you have been injured by an Oakland traffic accident? How can you pursue justice and hold negligent individuals accountable?

The best way to move forward is to get in touch with an experienced personal injury attorney in Oakland as soon as possible. With help from one of our legal professionals, you can strive for the best possible outcome. Your injuries may have resulted in weeks, months, or even years of missed wages, or perhaps your injury will prevent you from ever working again. These damages can represent thousands of dollars in economic losses, and you deserve appropriate compensation. In addition, you may be struggling with various medical expenses. These expenses can be quite costly, especially if you have suffered a serious injury. You also deserve compensation for these losses. Finally, your injury may have resulted in psychological and emotional damages, such as PTSD, depression, anxiety, and other forms of emotional distress. With help from an attorney, you can also receive compensation for these damages.

If you are serious about pursuing a personal injury claim after an Oakland auto accident, you need to get in touch with a personal injury attorney right away. The statute of limitations means that the clock starts ticking after your accident. To make sure you do not lose the ability to sue, it is best to file your lawsuit quickly. During a consultation, you can receive targeted, personalized legal advice from your attorney. They can then help you move forward with your lawsuit.

To illustrate just how insane Oakland’s roads have become, consider the events of November 29th, 2021. On this day, it was reported that a semi-truck had smashed straight into a police patrol car in what authorities later described as an “unusual traffic incident.” This occured on the Bay Bridge toll plaza, an area with which many Oakland residents are familiar. Not only was the flat-bed truck going the wrong way, but it seemed to crash directly into the police vehicle without any attempt to avoid it. After striking the patrol car, the flat-bed truck went on to impact several other vehicles before finally grinding to a halt. Unfortunately, one officer suffered unspecified injuries due to this incident. As you might expect, the trucker was arrested and charged with numerous felonies.

As if Oakland’s streets couldn’t get any more unpredictable, Tesla’s questionable self-driving technology is adding a completely random element to our traffic safety systems. An increasing number of Tesla drivers seem content to let their car’s AI do the driving while they focus on other things. Case in point: a report from May of 2021 about a Tesla that had impacted a semi-truck near Oakland while in Autopilot mode. Unfortunately, this semi-truck crash resulted in the death of the Tesla driver, and another individual was seriously injured. The incident began when a semi-truck crashed. Next, an individual exited his vehicle and tried to help the injured trucker get out of the wreck. A Tesla then impacted the good samaritan, causing serious injuries before impacting the crashed semi-truck. In light of this incident, the California Highway Patrol announced that they were launching an official investigation into the safety of Tesla’s Autopilot mode.

On February 2nd of 2022, it was reported that a speeding driver in Oakland had caused a fatal accident near 78th avenue. The 26-year-old reportedly drifted into oncoming traffic, striking a Nissan operated by a 16-year-old. The teen died, and another teenage passenger suffered serious injuries. The speeding 26-year-old also died in the crash. Police later described the incident as a hit-and-run, although it’s not clear how that would be possible since the driver of the speeding vehicle died in the crash. The area was blocked off as police conducted an investigation. They later stated that they didn’t believe the speeding driver was intoxicated at the time of the crash.

On February 23rd, it was reported that a “rogue fireworks display” had caused major issues on the Bay Bridge. Launched from the upper deck, the fireworks caused traffic to grind to a halt as drivers cautiously approached the scene. Apparently, two drivers had reached the center of the bridge before exiting their vehicles and setting off fireworks. They then got back in their cars and sped away. Fortunately, no injuries or accidents were reported, although it could have been much worse. While those who set off these fireworks might have thought it was quite entertaining, the reality is that this could have caused serious crashes due to distractions and disorientation. The ensuing gridlock could have also caused rear-enders and other types of accidents.

Enlist the Help of an Oakland Personal Injury Attorney Today

If you have been searching the Oakland area for a personal injury attorney, look no further than Mary Alexander & Associates. Over the years, we have helped numerous injured plaintiffs recover considerable settlements for auto accidents. Book your consultation today, and we can go over your unique situation before developing an effective action plan. We are passionate about victims’ rights, and we will help you walk away from your lawsuit with fair, adequate compensation for all of your various losses. Reach out now.